We are extremely excited about this new series and thrilled to be working with our Club Partners at Queensland Cruising Yacht Club and Royal Queensland Yacht Squadron to offer this fantastic array of sailing events to local, interstate, and international skippers and crew to participate in.

The Summer of Sailing Series Australia, will incorporate Six (6) major sailing events all hosted off the crystal-clear waters and coastlines of Brisbane, The Gold Coast and Byron Bay.  The Series will be held over 3 months from November 2022 through to January 2023 and will include:

In addition to “Trophy Accolades and Bragging Rights” for Qoin Sail Paradise 2023 (SP23) and The Summer of Sailing Series Australia (SSSA)”, skippers are offered Free Berthing for all entered events and $1,000 SYC ClubCash will be given for those skippers who enter at least 3 of the series events.  “It’s an extra bonus and a fantastic way to celebrate the debut of this inaugural Sailing Series” said Southport Yacht Club’s General Manager Brett James.

Entries are now open for Qoin Sail Paradise 2023 and we invite  invite Monohull, Multihull and Trailable Yacht Classes to Enter.

Further information about the Summer of Sailing Series Australia can be obtained by scanning the below links to the Regatta Web Pages or by emailing:  sailing.admin@sycgc.com.au 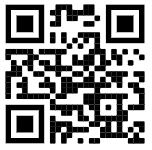 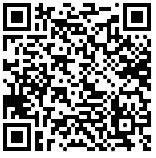