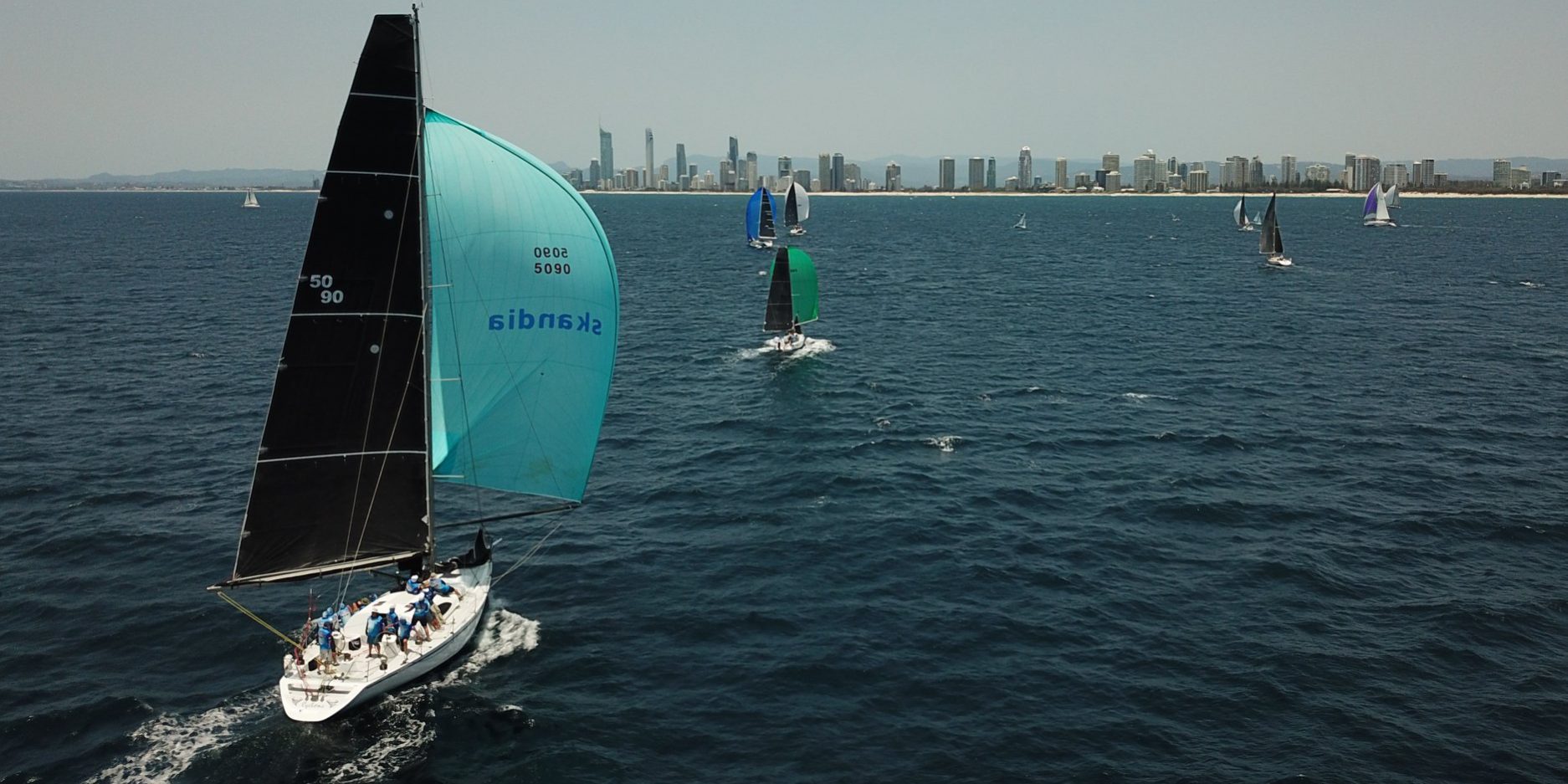 Over thirty boats raced offshore from the Southport Yacht Club today for the third day of the 11th Bartercard Sail Paradise Regatta.

After a very smart postponement ashore, racing got underway just an hour off schedule in a beautiful building nor’easter which peaked at the end of the day at 22 knots. 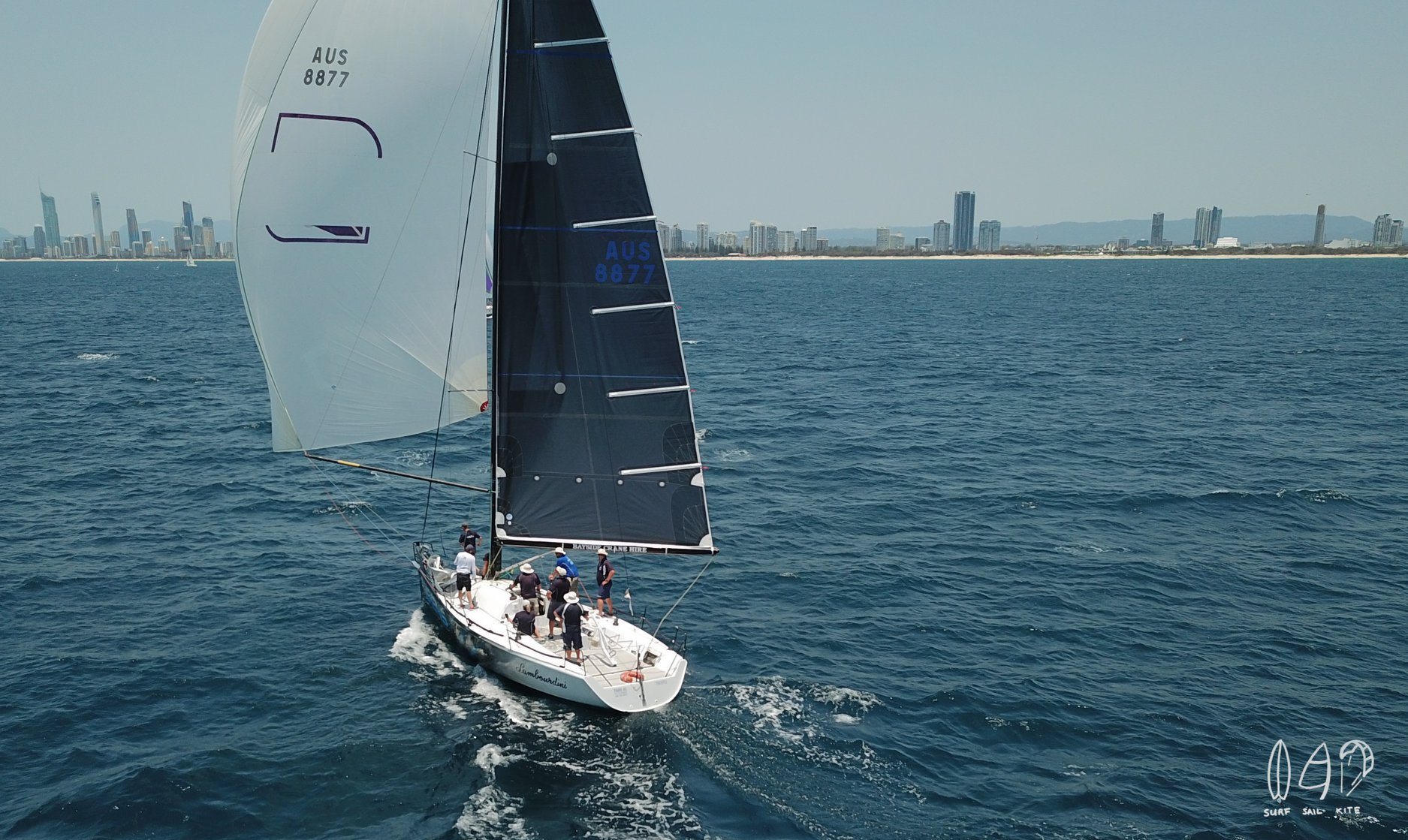 mpionship with five wins and a second from six races. With one race to go today, the pressure is on for them to finish it off. Black Diamond, the RP42 owned by Glenn Burrell had another second, but are the only team to have knocked the leaders off their perch, with a first in race six. They are still in second overall, and Hasta La Vista has moved up to third with a third in race five and a fifth in race six.

In PHS Division A, David Chadkirk’s German Friers designed Cyclone moved right up to the top of the leader board with an eighth and a fourth in races five and six respectively. Graham Sherring’s Desperado dropped down to second overall with a tenth and a ninth, and Daniel Farmer’s B52 also moved up with a pair of sevens.

In PHS Division B, Karlovic’s Rumba continues to lead over Ball’s Bad Influence and Chris Larsen’s Wild Spirit, continuing the repeat of overall positions from day one.

Cruising Non-Spinnaker Division leaders are the team from Pole Dancer who have only missed the gun once so far in the regatta to Too Impetuous. The first multihull continues to be the Privilege 48’ Catamaran Plan B owned by Grant Scurrah.

First in the trailable division is now Wild Goats owned by Ross Manning who rocked it in the windier conditions, with Kamikaze dropping back to second and RTL owned by Neil Rowsthorn rounding out the podium. All three of these boats are in the Skud 18 class and part of the Southport Yacht Club’s Disabled Sailing Academy which is headed up by Ross Manning who is also leading the regatta as mentioned.

The weather is set to be picture perfect yet again tomorrow, and we will continue to keep you up to date on the progress of Bartercard Sail Paradise, “The People’s Regatta”.

Nic Douglass, the Sailor Girl was live for the start of race five, you can watch the live coverage below.

Nic Douglass, the Sailor Girl was live for the start of race six, you can watch the live coverage below.

The Gold Coast’s first ever ‘Parade of Sail’ spectacular at the 2021 Bartercard Sail Paradise
December 4, 2020