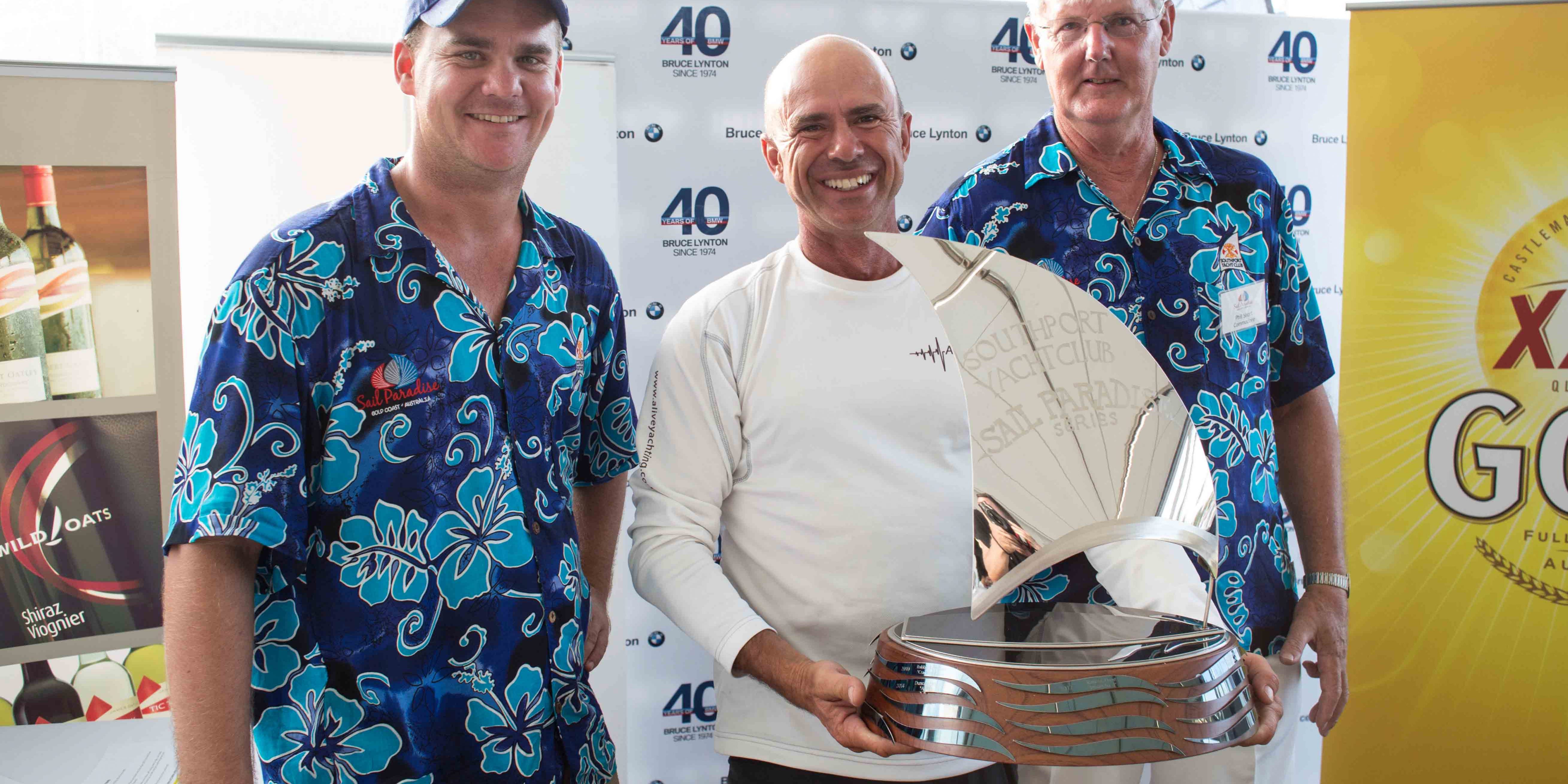 Alive have today been crowned the champions at Southport Yacht Club’s XXXX Sail Paradise regatta for 2015. This is a back to back win for Alive after first competing in the regatta in 2014.

2014’s XXXX Sail Paradise Regatta was the Inaugural regatta for Alive “Last year had great memories for myself and the crew. Southport Yacht Club always put on a great, fun Regatta and we were ecstatic to be back for (XXXX) Sail Paradise 2015” said skipper Duncan Hine.

“The boat has just arrived back in Brisbane after 2014’s Rolex Sydney Hobart Yacht Race, and is great practise for us leading into the Brisbane to Gladstone Yacht Race next month. We look forward to coming back next year to defend our title for a third year” Duncan added.

The largest fleet in this years XXXX Sail Paradise Regatta with 12 yachts was Monohull Performance Racing, Paul Laurence on GiddyUp won the division with Fourlove and Rumba closely behind in second and third place.

Southport Yacht Club enjoys every aspect of this event, on water and back in the Club. It’s an amazing showcase of the Gold Coast as our stunning backdrop and look forward to having the yachts return for XXXX Sail Paradise 2016! Details for Sail Paradise 2015 can be found on the regatta website: www.sailparadise.com.au

The Gold Coast’s first ever ‘Parade of Sail’ spectacular at the 2021 Bartercard Sail Paradise
December 4, 2020