Fremantle to Pittwater and onto paradise with Stealth 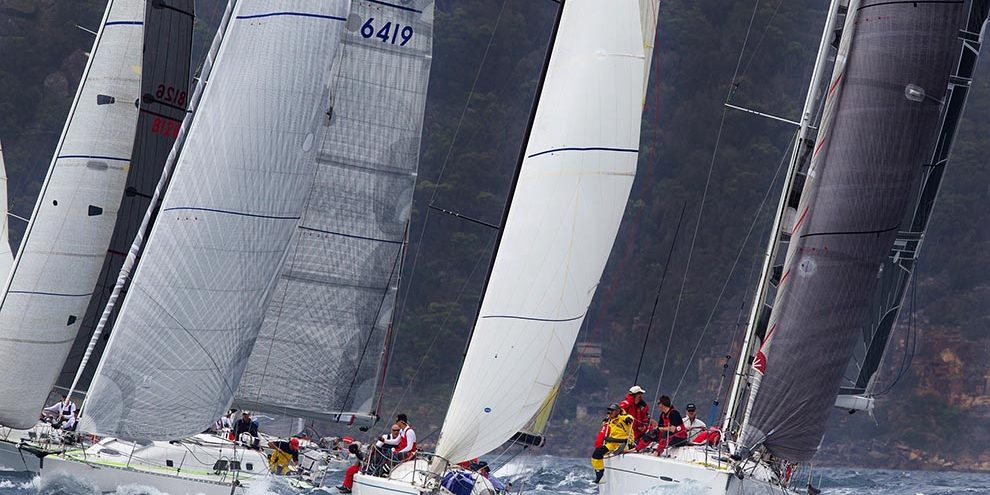 Fremantle to Pittwater and onto paradise with Stealth

When yachtsman Robert Alpe decided to move into bluewater racing with the Royal Prince Alfred Yacht Club he looked Australia-wide for the right boat and eventually chose a Fremantle based 32-footer he then sailed 2,500 nautical miles home to Pittwater with a small delivery crew.

Stealth is a Kim Swarbrick designed 9.9m aluminium sloop built in 1998 by Australia 2 boat builder Steve Ward and named due to its unpainted aluminium finish resembling the bomber aircraft of the same name.

The boat is one of a growing list of entries for next January’s Club Marine Pittwater to Paradise Regatta opening event, an offshore race starting just north of Palm Beach headland on January 2. For 2018 the RPAYC’s flagship ocean race has been combined into a new regatta format and combined pointscore with the Bartercard Sail Paradise Series, conducted by Southport Yacht Club on the Queensland Gold Coast January 6-9. This joint venture between two prominent, forward-thinking and friendly yacht clubs has created a perfect opportunity for sailors to stay on the Gold Coast with their families or friends and enjoy some great racing off Southport’s golden beaches.

Download the Notice of Race here and enter here. Owners can choose to enter the monohull, multihull or short-handed categories and be scored under all of the popular handicap systems – IRC, ORCi and PHS.

Alpe’s delivery across the Great Australian Bight, Bass Strait and up the New South Wales coast past Sydney Harbour to Pittwater took 29 days and wrapped up in February.

“Stealth proved very resilient, efficient and responsive, easily dealing with the varied conditions which included 10-12 metre seas in Bass Strait and winds up to 60 knots,” the long-time International Dragon official recalled. “No doubt we were helped by her deep keel and the fact one third of her 3.5 tonne total weight is at the base of her keel.”

Delivery crewman Warwick Jacobson said of the design and delivery, “The boat is only 3.5 tonnes and carries a lot of sail so it’s very fast but needs regular reefing to maintain stability. The reward is a very fast boat in all conditions. It carries a very large rudder which enables very aggressive steering and which helped us enormously when the weather became unfriendly.”

Since arriving at the RPAYC, Alpe has carefully planned a major upgrade of the boat’s systems, sail wardrobe and rigging to get it bluewater race ready for the RPAYC’s East Coast Bluewater Series commencing in September. “It’s made most full house renovations tiny by comparison and included completely replacing all halyards, stays and much of the deck hardware together with new spreader and backstay set-up and electronics. The sail wardrobe upgrade includes a square top main, symmetrical masthead kite with new made-to-fit spinnaker pole and new no. 2 jib to drive the boat in a wider wind range. We are working through the various safety categories to bring Stealth up to Category 2 for the 370 nautical mile Pittwater to Paradise race,” the skipper added.

RPAYC sailing and communications manager Brendan Rourke says: “The Club Marine Pittwater to Paradise race is one of the few Cat 2 races on offer that amends the NOR to remove the requirement for expensive HF radio equipment, opting instead for Satellite phones and tracking and AIS to maintain and improve the excellent safety record the club has enjoyed over the history of our signature event. At the same time we are aiming to make things simpler and cheaper for more boats to participate in Cat 2 bluewater racing.”

In the longer term Alpe is planning to make Stealth a regular at Audi Hamilton Island Race Week and eventually return to long haul shorthanded racing.

The Gold Coast is an excellent summer holiday destination and those thinking about competing and having their families join them at the finish are encouraged to visit www.pittwatertoparadise.com.au or www.facebook.com/pittwatertoparadise to keep up with special discounts and offers.