Frantically finding a new boat for the Pittwater to Southport race 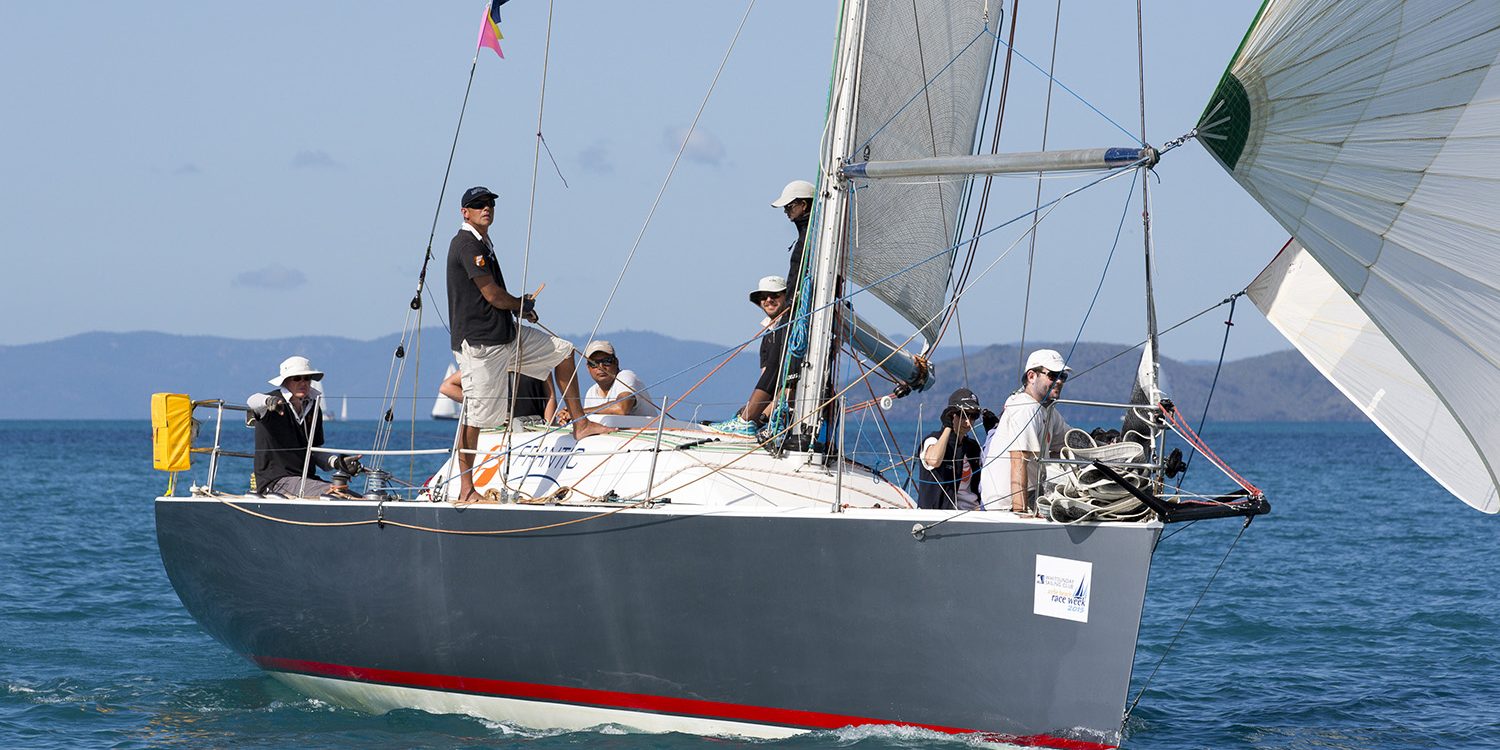 The yacht Frantic’s demise on the rocks at Grassy Island during the last race of Airlie Beach Race Week in August could easily have meant the withdrawal of the first Queensland entry for the Club Marine Pittwater to Southport Yacht Race starting in less than four months’ time. Instead, skipper Graham Furtado is scouting for a new 40-footer and though the timeframe is tight, he’s planning to secure a replacement by the end of October and still be part of the Royal Prince Alfred Yacht Club’s first offshore race to Queensland setting off on January 2, 2017 from the mouth of the Hawkesbury River.

Frantic was competing at the Airlie Beach regatta when its spinnaker became wrapped around the forestay. Winds gusting up to 30 knots kept knocking the Sayer 40 over and dragging it towards the shore, while the tide sucked the stricken vessel in the same direction. Eight crew members were rescued by fellow competitors and the boat was left, only to wash out to sea and sink. Frantic was eventually located by a diver, who saw the mast tip sticking out at low tide off Olden Island, and refloated, then towed ashore where Furtado’s insurance company classed it a write-off.

“It’s a shame, we were sailing it pretty well,” Furtado said. “We’d bought new sails for the Pittwater to Coffs this year, which aren’t so good anymore. They are all with the boat, which is probably going underground.”

The Royal Queensland Yacht Squadron member had entered Frantic in the RPAYC’s New Year race and was planning another 12 month campaign before looking around for a cruiser/racer style replacement. “This was thrust upon us; it would have been nice to hand one boat over and jump onto the next one. Now I’m boat-less, though I’m looking at a few options in the 40-foot range and hope to be back on the water soon,” Furtado said positively.

Eligible monohulls and multihulls are invited to enter the 370 nautical mile Category 2 ocean race, which starts off Barrenjoey Headland on Sydney’s northern beaches at 1pm on Monday January 2, 2017. It will be a key event during the RPAYC’s calendar of Sesquicentenary celebrations marking 150 years of operation. The bluewater race feeds tidily into Southport Yacht Club’s (SYC) Bartercard Sail Paradise Series starting on Sunday January 8. SYC’s high-summer offshore regatta involves four days of magnificent racing on the beautiful waters off the Gold Coast.

SYC is delighted to offer free berthing from the finish of the Pittwater to Southport race to the end of Sail Paradise, on Thursday 12, to owners entered in both events. The club has also arranged accommodation discounts, at Hilton Surfers Paradise (20% discount) and Mantra (10% discount). Email Marketing.Manager@southportyachtclub.com.au for the booking codes.

Summer school holidays are a peak booking time for the Gold Coast’s many accommodation options and owners and crew planning to stay on with their families are encouraged to make plans early.

Usually the RPAYC’s longstanding New Year offshore race finishes at Coffs Harbour however storms earlier this year destroyed some of the marina infrastructure necessary for berthing the fleet.