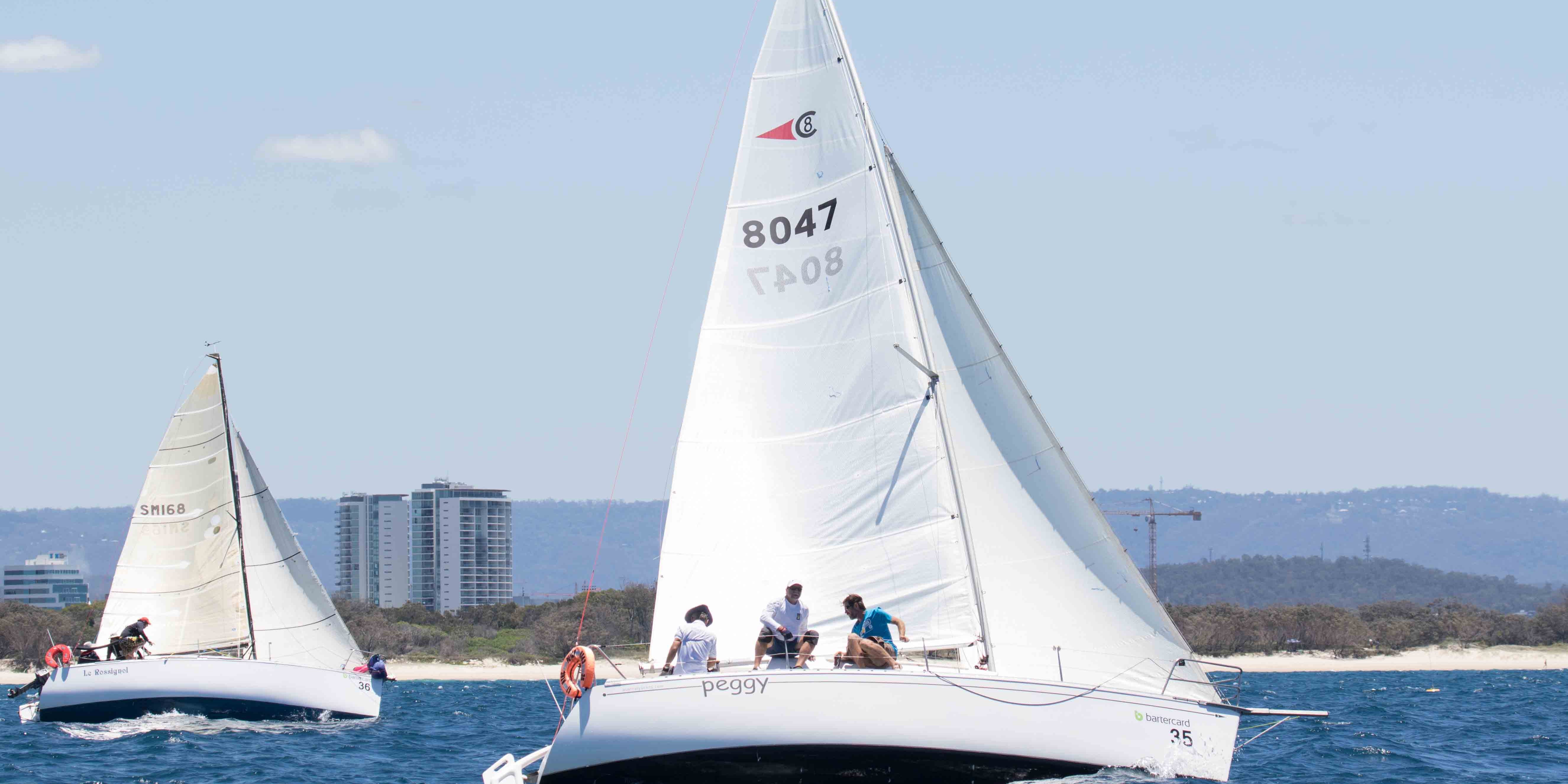 As the 2016 Bartercard Sail Paradise regatta completes the second day of racing, the conditions off the Gold Coast beaches was one that put a test to the best of sailors.

With the swell reaching two meters and winds in excess of 20 knots the crews were battered and bruised after completing three races in one day.

With racing starting off the beaches of Main Beach at 10am, the majority of the fleet were on the water until late in the afternoon. As they return to the host Club, Southport Yacht Club (SYC) their tired faces showed what a tough, but exciting day of racing they all had.

Noosa Yacht Club entrant Peggy, owned and skippered by Benjamin Meakin could not believe what a fabulous days racing it was. Benjamin said “This has been the best regatta I have been to in ages, the organisation has been extremely well run and the staff and members of Southport Yacht Club have been wonderfully welcoming”.

Tomorrow is the regattas lay day where the crews have the chance to relax their tired bodies and enjoy a relaxing day on the Gold Coast before undertaking the final two race days on Saturday 16th and Sunday 17th January. For the lay day SYC are hosting a fun filled day at the SYC Hollywell Sailing Squadron for all skippers and their crew to enjoy.

Details and further results for the Bartercard Coffs to Paradise race and Bartercard Sail Paradise 2016 can be found on the club’s website: www.southportyachtclub.com.au